The Fable of the Methods, or ‘The Teaching Cork’

Do we need a teaching ‘method’?

During out NLA1 workshop, we were told many times that we had to move away from ‘methods’ and also that we have to understand the logic of how languages are acquired rather than try to use flash cards or prefabricated recipes. This all seems quite obvious, but it also demands much more implication on the teacher’s part. Our conversations reminded me of this anonymous fable, which I was taught in Brazil and that I’d like to share with you all here.

The Fable of the Methods, or ‘The Teaching Cork’ 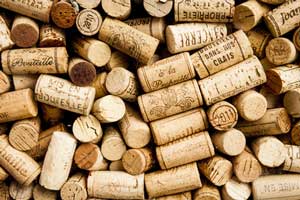 Once upon a time, there was a school, as there are so many in the world, and a teacher. As often happens, all the schools of the world sometimes greet visitors called educational inspectors, general supervisors, school coordinators, or simply elders.

That day, in the school we’re speaking of, it was an educational adviser who was visiting a class to see how things went on an ordinary day. The gentleman crossed the classroom’s threshold and soon realised, following the customary words of welcome, that the kindly teacher who welcomed him spent her whole time stuck behind her desk, that the students’ attention was elsewhere, that many of them were daydreaming, and that many of them – or rather, to be honest, most of them – were chatting, barely bothering to whisper, creating a sonorous cloud endlessly increasing in volume. Not to mince words, it was chaos.

Rather embarrassed, the adviser decided to intervene. At recess, he went up to the unfortunate teacher:

‘Unless I’m wrong,’ he said, ‘you seem to be having some difficulties with this class. You know I’m here to help…’

Now you have to know that the supervisor had himself spent a few decades in the classroom and had proven to be a proper teacher, as they say, which is why he had been given his post. As he listened to the teacher’s woes, he noticed a cork sitting on her desk. Soothingly, he proposed that the teacher calm down, reassure herself, and, especially, pay close attention to what he was about to show her.

As recess ended, the students poured back into the classroom with an infernal racket. The inspector stood up in the middle of the classroom and then, with a surprised look on his face, picked up the cork from the table and held it up between finger and thumb. In a calm voice, he asked:

‘Does anyone know what this is?’

The chatter stopped. The students all stared in his direction. Finally, one of them said:

The students were rather surprised by the question.

The inspector went on:

‘Well, yes, that’s right. But can any of you tell me where it’s from?’

Nettled by the challenge, students threw their hands in the air, all wanting to speak before the others. A rush of answers burst out from the enthusiastic children:

‘From a cork factory!’

‘All true. After all, there’s so much you can do with wood. Actually, when it comes down to it, what can you do with wood?’

‘Oh, yes, interesting! I very much like travelling, so boats really spark my imagination. Who wants to draw the class boat on the blackboard?

‘And who’ll tell us what the nearest port for our boat it?

‘You’re quite right… Who can tell us what part of the country that port’s in?

‘Do you know what other ports are near it?

‘Can anyone think of a famous person who lived in that port city?

‘Ah, yes! Quite right. But really, who was that person? What made them famous?

‘Did any other famous people live in that spot?

‘My, you know a lot of things, don’t you? I’m learning a lot with you!

‘Can you remember what that the main industry of that part of the country is?

‘Aren’t there songs about that part of the country? Does anyone know one?’

The children were absolutely captivated. They were teaching the teacher, they were all working together, and they had completely forgotten that they were in class.

And so, a rich and varied class was had: drawing, geography, history, music, all subjects tied together and flowing naturally from one to the next.

The teacher was profoundly impressed by the adviser’s demonstration, and thanked him profusely:

‘Thank you so much, sir! I’ve learnt a lot from you today. I’m going to follow your example.’

And then time passed: a few days, a few months. The seasons turned, and soon it had been a full year since the counsellor had visited. Wanting to see how the little pedagogical seed he had planted had grown, he decided to return to the school in question and visit that teacher. To his astonishment, as he walked into the classroom, he faced a depressingly familiar scene: the teacher frozen behind her desk, the students chattering…

‘But my dear lady, what’s happened? What’s going on?’

‘Oh! Sir! You’re finally back! I’ve been waiting for you for days and days! I can’t find the cork anymore! Please, tell me where you put it!’

Moral: If you don’t have a method, you’d better have a good cork!

French as a foreign language teacher